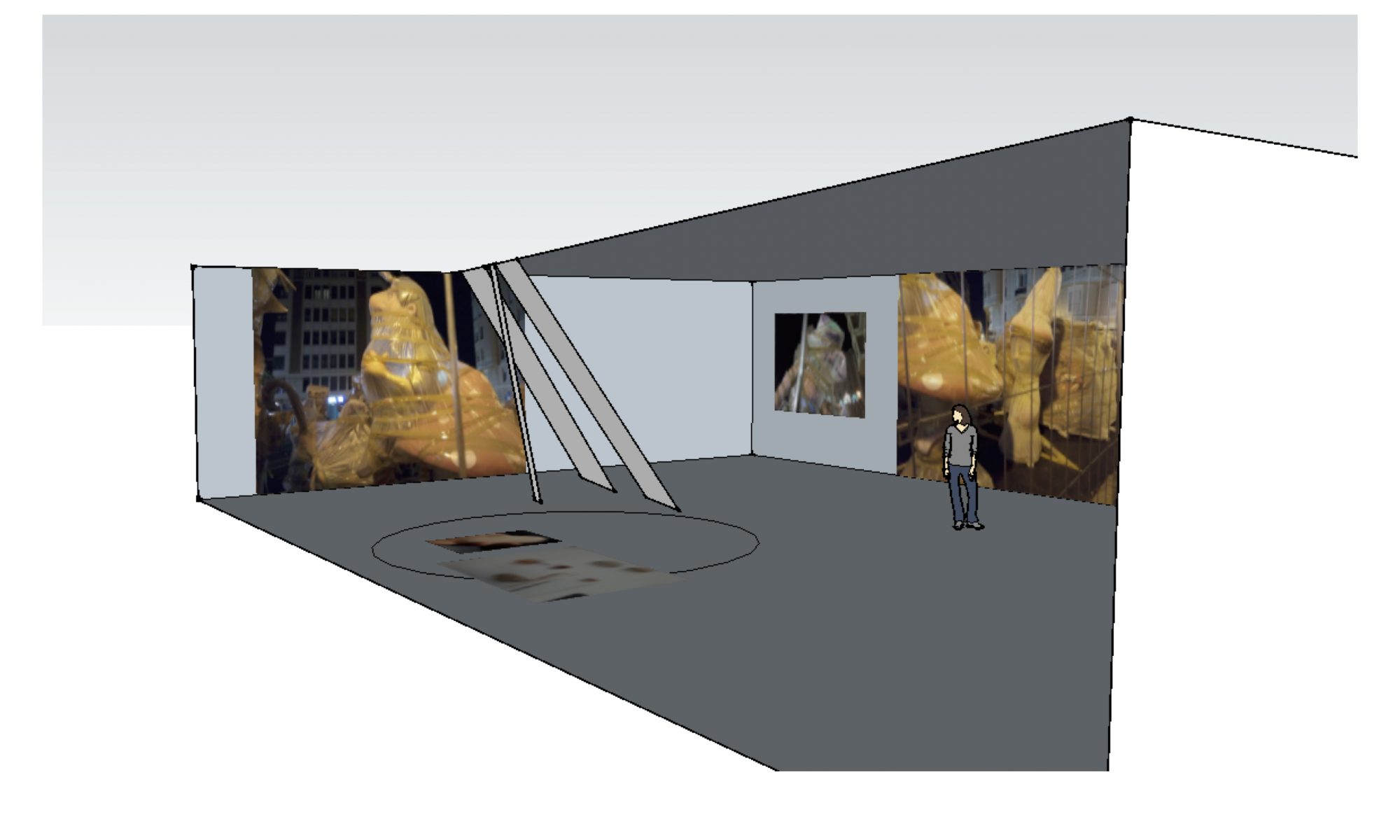 I’ve left the city of Amsterdam in February 2019 to do an exchange with the university of Valencia, to learn Spanish and follow, amongst others, a course in Spanish Cinema. During my stay I have made walks and bicycle tours that lasted for half an hour, the free time granted to the user of the so-called Valen-bisi, a system that allows you to pick up a bike on one side of the city and bring it back on the other side of the city. Maps, found objects and (video)images, often shot with a simple telephone, reflect my trips.

AÑORANZA (longing, being homesick)
A large part of my material was shot during the so called Fallas in Valencia. This is a festival lasting for five days. On every street corner sculptures arise of a cartoon-like quality, reflecting the history and stories of specific areas, barrios, of Valencia.
I show a few of my pictures as a large blow-up, made into wall filling paper. These are static images of the so called Ninots when they have just been unloaded from a truck and are still wrapped in plastic.

For me they are something like a seed, they represent the wrapped possibility. Like children’s sweets they are wrapped. Static, frozen in time. A ninot is often the result of hard work of many people, they work on it for a year, and it’s stuffed with firework and firecrackers. These days a ninot is made of polystyrene, so if you burn it, it stinks like hell. In five days time the ninots are unwrapped, exhibited, exposed to views and com- mentaries, they win prices or are neglected. One of them is chosen as a lasting piece in the so-called Fallas Museum. Then all the others are all burned after the so called Nit the Foc (night of the fire).

The woman renting me a room in Valencia is the daughter of a famous Fallas builder. She was fired from her job on the day I first stayed with her. She told me that her con- stant connection with the Fallas maybe made her adept very fast to changes. She never thinks about anything as permanent and it can be gone in one day.

As a contrast with the static images I show a video projection of burning fallas, shown on banners in a spatial setting.