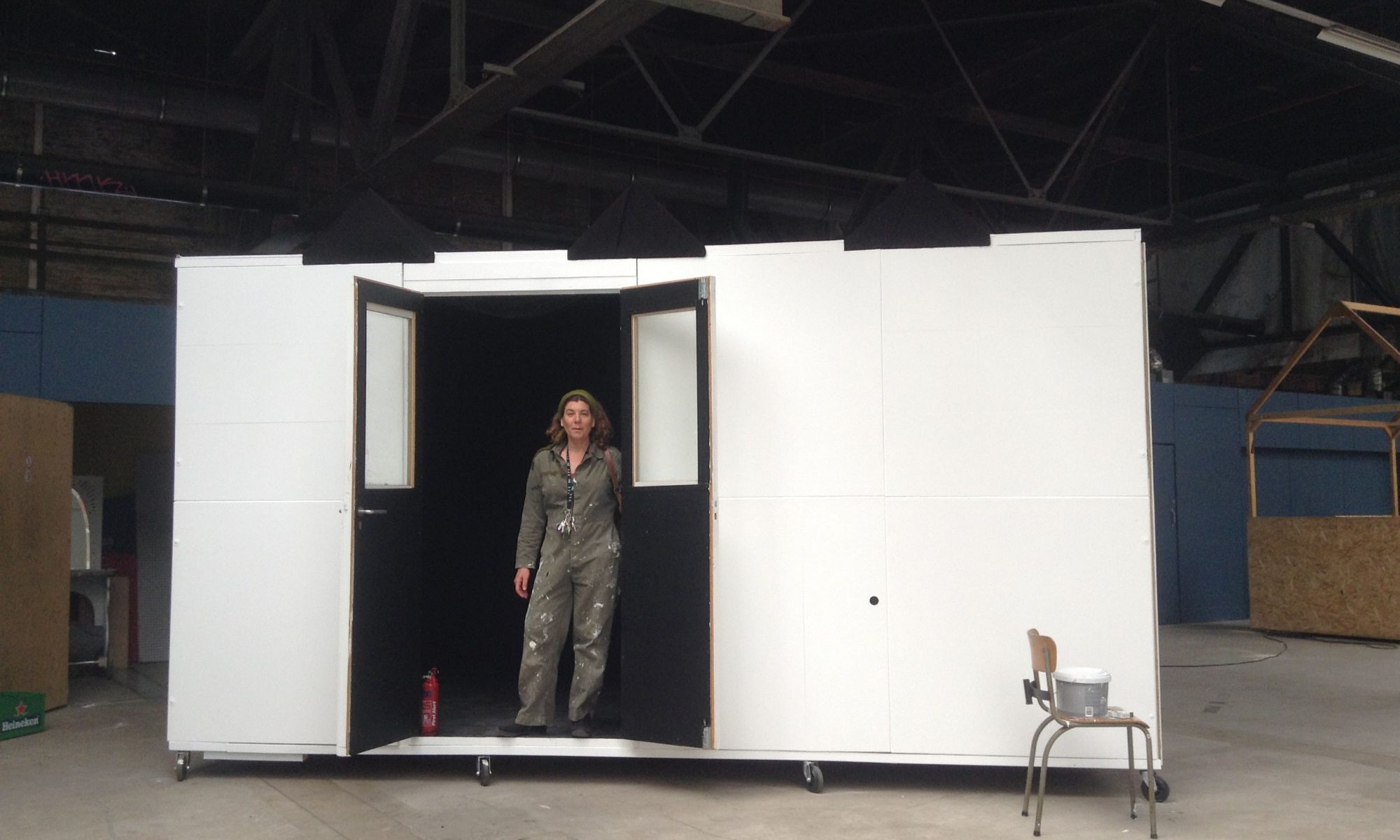 Password-protected: Download a photo made by Martijn van der Molen.

Ester Eva Damen is a visual artist and filmmaker. She studied art at the Rietveld academy in Amsterdam. As a director and scriptwriter she graduated at the Dutch Film & TV academy and pursued an MFA at the Rijksakademie van Beeldende Kunsten. She recently finished a Master in Artistic Research at the University of Amsterdam. Since 2007 she is the artistic leader of a small foundation stimulating cross-over projects called ‘la Jetée’ after the experimental film classic by Chris Marker.

Ester Eva Damens work can be seen within the context of visual art. During the manifestation ‘The Eternal Body’ she realized an 8 mm film installation in Rome and Utrecht in collaboration with artist Anook Visser and philosopher Erik Hagoort. In 2010 the installation ‘A fire called home’ was made after a visit to the desert and a stay with the Bedouins. ‘Sketch for a city’, paper labyrinth with projections, is an ongoing collaboration with architectural designer Joris Berger. A recent group show with an installation of her with material from Valencia took place June 2019 in gallery Nieuw Dakota and NDSM Fuse, Amsterdam. In 2020 the installation ‘Stories of Absence’ was presented in collaboration with Joris Berger, dancers Sabrina Huth and Ilana Reynolds.

One of the threads in her work is the collaboration of film with dance and new music. She has regularly collaborated with choreographer Angela Kohnlein and composer Yannis Kyriakides. Their dance film ‘RHOmbos’ (2001) – with a live performance by the Asko ensemble – was shown in various locations around Holland, including the Groningen Museum, the Rotterdam International Film Festival, the Holland Festival and was broadcast by Dutch TV. With choreographer Marta Reig Torres she made ‘To Santiago’ (2009). She collaborated with the composer Christina Viola Oorebeek and percussionist Arnold Marinissen on the short ‘Edges’ (2008) shown in several museums. The piece was reworked for toy piano and shown in the Museum of the Moving Image in New York (2015). With dancer Suzan Tunca she worked on a film-installation shot in Istanbul, ‘the Body between Knowledge and Belief’ (2015). Recently she worked with the dancers Ilana Reynolds and Sabrina Huth on the project ‘You Are Here’ (HD, 15′, 2019) and participated in their dance project ‘A Meeting that Never took Place’ in Berlin (2021). She collaborates on a new film proposal with dancer Suzan Tunca and Dutch-Italian composer Giuliano Bracci.

Ester Eva Damen is also a freelance (film) writer. She has made a few shorts, including the 16 mm b&w film ‘Windhangen’ (1998). She wrote several drama scripts for director Ineke Houtman, realized and broadcast ‘Sahara’ (2007). She is presently working on a film project supported by the Netherland Film Fund (New Screen) and several Frisian funds with three Frisian poets (Ruzje Wyn/ Whisper Wind, 2022). ‘Minskewolf’ (Human Wolf) was also presented live on stage during the Explore the North summer Festival 2021 with poet Elmar Kuiper, actor Rienk Nicolai and the band ‘Tigers of Greonterp’. The second film in this range, ‘As the Fisken’ (As the Fish) is a collaboration with the Frisian singer-songwriter Nynke Laverman.